Wow! It is unbelievable that three weeks have already passed. At the same time, it is equally baffling that we have only spent three weeks here in Mukono, Uganda! Truly, now, our accommodations at the Ugandan Christian University feel like home. These past three weeks have been nothing less than an exciting whirl of events. Events much different than what we are used to back in Canada! In order for these blog posts to not be too terribly long, we will be reporting on a weekly basis, so stay tuned!

It all begins with our arrival at Entebbe Airport in Uganda on January 16th. Breanna and I had travelled from Toronto together, and Ryan, coming from Vancouver, had arrived earlier the same day. Dragging our luggage behind us—well somewhat, my luggage was unfortunately left behind in Amsterdam—we were met by our first two Ugandan friends, Asha and Vincent. As a side note to this, Breanna and I were lucky that Ryan had arrived first so that he could serve as a familiar Canadian face among a sea of waving Ugandans! Since it was late at night, Vincent and Asha took us to the Entebbe Gorilla Guest House, where we were to experience our first taste of what it is like to live in Uganda. As exhausted as I was, after settling into bed covered safely by mosquito netting, instead of falling straight asleep, I couldn’t help but think about how my journey had just begun! I was excited, yet nervous and anxious of the unknown yet to come. Most of all, however, I was grateful. Grateful for this opportunity to travel to Uganda, to work with Fullsoul Canada to improve maternal health, and to have two awesome people by my side the entire time—meaning Ryan and Breanna if you did not catch on. 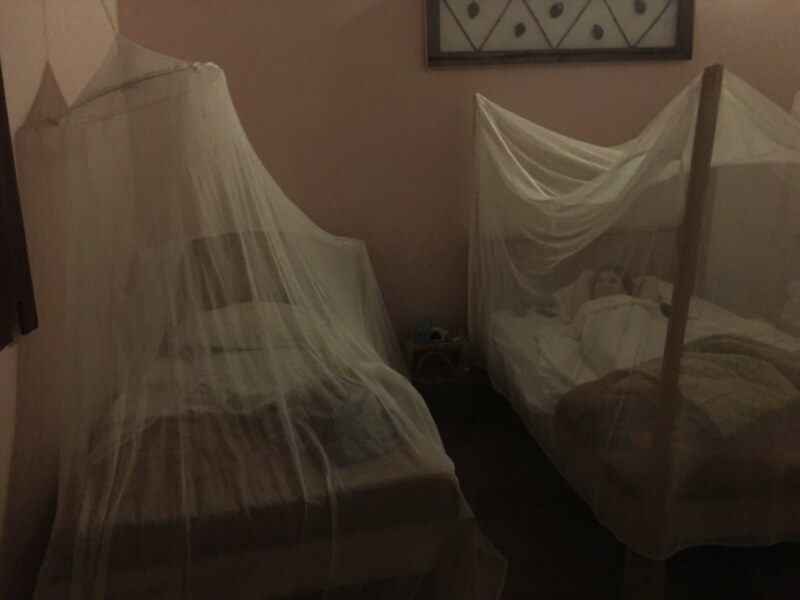 The following morning, after a brief—cold—shower, Asha, Vincent, Ryan, Breanna and myself were served breakfast. If you’re wondering what we had, it was not much different from a typical Canadian breakfast! There was cereal, toast, scrambled eggs, fresh fruit, coffee, and tea. More than enough food to fuel us for our trip all the way to Mukono. The drive from Entebbe to Mukono is just less than 60km, but with the awful traffic here in Uganda, that can take over 2 hours. I was extremely thankful that I was not the one navigating through the seemingly impenetrable stream of cars, taxis, and motorcycles—called Boda Bodas. Vincent honked his way all down Entebbe and Jinja road, where we took a brief pit stop at his home, and then finally arrived at our destination of the Ugandan Christian University (UCU) in Mukono.

I am not sure what I expected our accommodations to look like, but I was definitely not disappointed! Ryan, Breanna and I all stay together in a residence style housing unit in the Tech Park community. Our unit has two bedrooms—Breann and I share—a bathroom with a shower, common sitting room with two couches, and a kitchen equipped with a fridge, toaster, and gas stove and oven. Tech Park is a little friendly community consisting of 8 units decorated by flowering gardens and surrounded by lizards, exotic birds, and monkeys! The neighbors we have met so far come from Toronto, Nebraska, and Uganda, all equally as welcoming as everyone we meet. 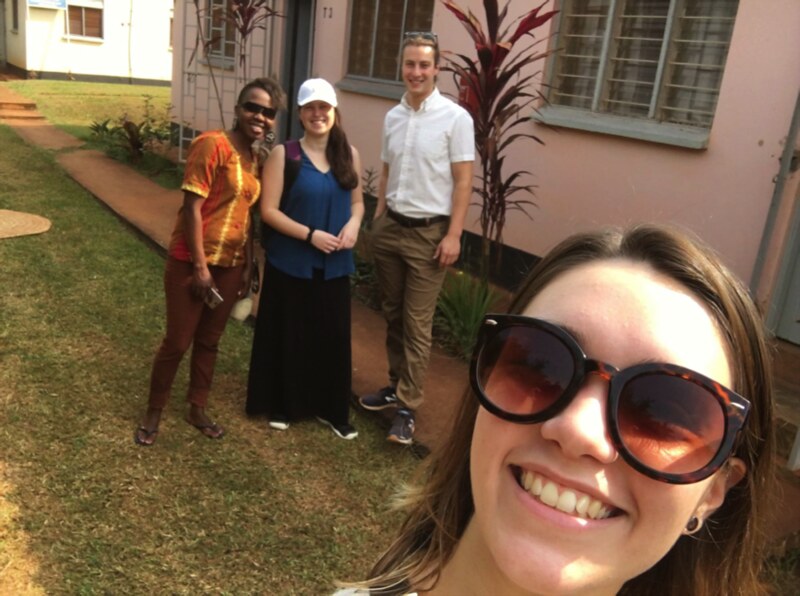 Once we had settled ourselves in, Asha guided us on our first walk across UCU campus and down the hill into Mukono Town, where we were nothing short of overwhelmed! In the more populated and developed areas of Uganda, the streets are busier than a Canadian mall on boxing day. Asha showed us around Mukono town, allowing us to get acquainted with our new home. She showed us the market, where you can find basically anything you may need, and the grocery stores, where you can find products similar to Canadian stores. I was happy to find some foods I was unsure were available in Uganda, including cake! On the way back, we ate at the campus canteens for the first time, experiencing all the traditional Ugandan foods including beef, chicken and fish—bones included—beans, peas, lots of rice, matooke, cassava and posho—a type of cooked bananas, a root vegetable, and a dense, white, spongey bread. At this time, we also learned that the serving sizes in Uganda are even larger than they are in Canada! After this initial meal, we usually opt to share. 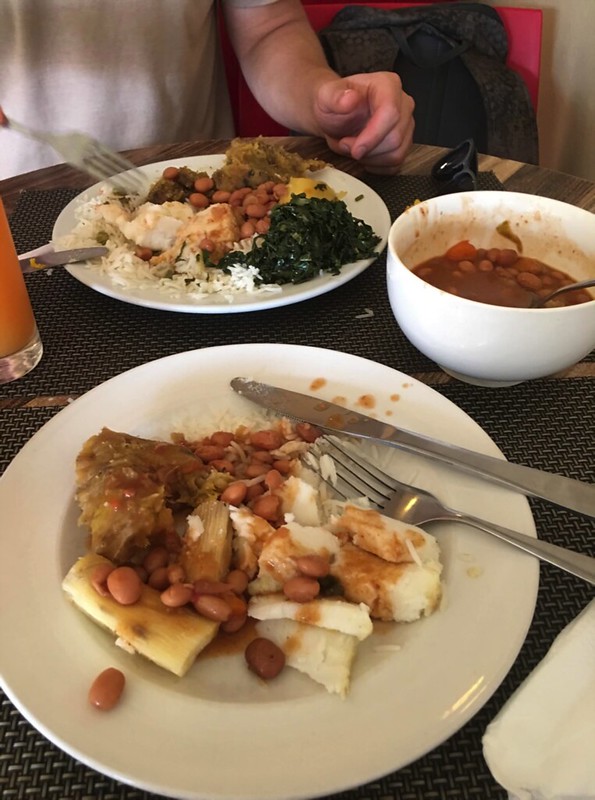 After our brief introduction to Ugandan life in Mukono Town, we got right to work! Asha introduced us to our new primary mode of transportation; Ugandan taxis. This is not the typical Canadian taxi you may be picturing. Taxis in Uganda are large vans able to seat 12+ people along with chickens, produce, and mattresses. To figure out where a taxi is going, all you need to do is listen for the conductor yelling out their destination, and then simply wave a hand or node your head in their general direction and the taxi will stop for you. We traveled to Lugazi our first taxi ride. Lugazi is a small town about 30km down the road from Mukono, that is home to Kawolo Hospital, one of three locations of the maternal medical kits (MMK) Fullsoul provides. This was the first hospital we had encountered so far, and we were quick to observe the differences between Canadian public and Ugandan public hospitals. Built in the 1950s, Kawolo is definitely due for a facelift, but of course the hospital has much greater concerns to deal with first. We met with Kawolo hospital administrator, Dr. Wamala, who was very welcoming and open to Fullsoul’s presence over the next three months. Dr. Wamala discussed with us the concerns of the hospital. He informed us that not only did they act as a referral hospital, but that they also had to commonly refer patients to larger hospitals due to lack of staff and equipment. As representatives of Fullsoul, Ryan, Breanna and I explained to Dr. Wamala exactly why we were there, and what we were looking for—our goal to assess the MMK program Fullsoul has implemented by observing delivery techniques, sanitation practices, and instrument conditions. Shortly after our meeting with Dr. Wamala, we made our way to the Maternity Ward where we met Sister Beatrice, the head midwife at Kawolo. We also met Sister Juliet, another dedicated midwife, who took us on a tour of the Maternal Ward. In our short time at Kawolo, we observed crowded rooms, rusted beds, and broken equipment, all which the staff of Kawolo did their best each day to work around. Needless to say, after only one visit to Kawolo we already knew we had some big problem solving to do!

The next hospital Asha introduced us to was Mukono Health Centre IV. As said in its name, this hospital is located in the heart of Mukono, much closer to UCU than Kawolo, so no taxi needed! We had a brief meeting with Dr. Geoffrey, the hospital administrator, and then went on to meet the head midwife Sister Alex. Again, we communicated as best we could what our intentions were for the next three months, explaining that we did not want to hinder their work, but work alongside them. We also had the pleasure of meeting Sister Jessica, another senior midwife. Every staff member we met greeted us with warm hearts! Mukono, although different from Kawolo, shares many of the same disadvantages. The delivery and post-natal beds are rusty, waiting areas are overcrowded, and the sever lack of equipment and instruments leaves patients at risk every day. But just like Kawolo, the midwives of Mukono work through their shortcomings to provide the best possible care. After visiting Mukono Health Centre IV, we finally understood Ugandan time, meaning time is never scheduled, and things will get done when they get done, no pressure!

Our first week living in Mukono, Uganda has given all three of us a good dose of culture shock! There is no doubt that as each week passes, we grow more and more familiar with our new settings, and cultural practices. We have monkeys in our trees, lizards in our kitchen, and an occasional chicken in our yard, but we can see the sunset every night and it is always amazing. Thank you for reading this increasingly long blog post, there is just so much to say and so little time! Make sure you stay tuned each week for more updates on our amazing experiences in Uganda! 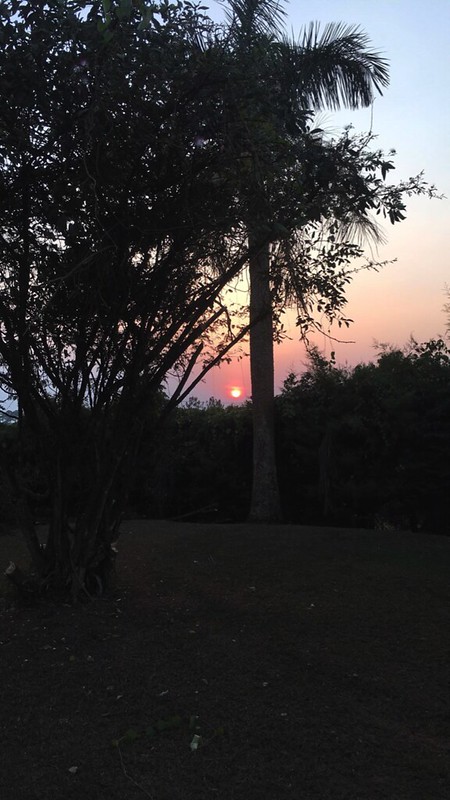