“You Are Welcome”, a common phrase that I have heard most people say in Uganda and one that is used sincerely. Whenever you travel to a different country or interact with individuals from different backgrounds, culture is always a topic of conversation. Culture is the foundation for differences and commonalities between people and the locals in Uganda are delighted to share their culture and language to visitors. This sharing was foreign to me as I did not experience it growing up. 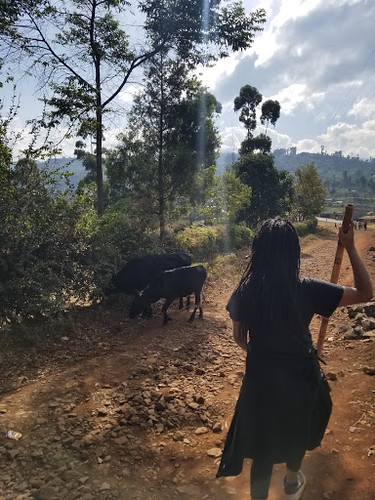 Growing up in a small city in Canada, where the population of people of African descent is low, I never felt like I truly belonged. My heritage includes East African and it was challenging to create personal connections with people that came from the same culture as me. My elementary and secondary school experiences have not significantly contributed to my understanding of African history and culture. My knowledge was only limited to stories from my immigrant family members. I remember during my time in history and social science classes, these topics were either minimized or glossed over. The lack of emphasis on African history, culture, and legacy led me to believe that these issues were unimportant. Yet as I grew older and began to watch more news media, I became increasingly aware of the dissonance between what was reality and what people wanted to believe. I was itching to learn more about the diversity of Africa and to understand real life there. I wanted to learn beyond the struggles that I’ve seen from Western media, which can often shape the public’s view and misrepresent African identity. These representations have become rooted in the consciousness of most individuals I have met in North America. I sought out anything that I could learn—from books to university classes—but it wasn’t enough for me. Soon after, I came across an opportunity to work with FullSoul and the Maternal Medical Kit (MMK) program as a Project Manager Intern and was immediately hooked on the idea of experiential learning. The chance to interact with people in Uganda would give me invaluable insight that goes beyond what I would learn from school or news articles. Exploring and branching off into new environments have always been an aspiration of mine and I’m very grateful that life has brought me here.

From the moment I arrived in Uganda, I was greeted with warm smiles and friendly hellos. When you are in an unknown environment, your sense of awareness starts to increase. Residing in our guest house in Mukono, you are awoken by the sound of roosters crowing and the birds chirping in the early morning. The call of prayer from the mosque nearby is also a reminder to me of the diversity of religions that are within this community. The sound of taxi conductors yelling names of cities and the honking of cars gets increasingly louder throughout the day. Our neighborhood is filled with young children with wide grins and endless giggles who run up to you each time they see you walk by. Around the corner of our guest house, there is a music school with a performing band that plays almost every evening. The sound of trombones, drums, and laughter in the air fuels my soul. 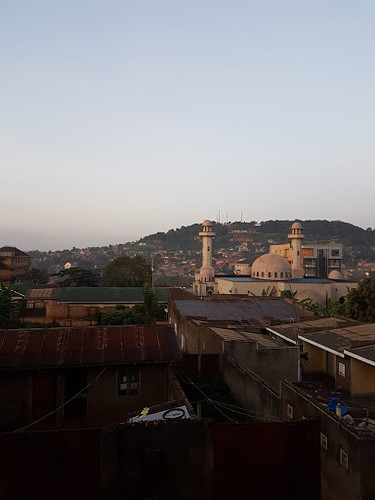 Because of these features, community cohesion is stronger than ever. You never feel alone here. So many of these aspects are like the glue that holds the community together. I constantly learn from the people around me through daily interactions, which helps me better understand diverse perspectives within the world we live in. My new friends share what is important to them, from their dreams to aspirations. This makes me believe that we are not quite different from one another. The interactions with people that I have met here have given me comfort knowing that storytelling strengthens relationships. It is also a reminder of the similar stories I grew up listening to as a child of immigrant parents. The harmonious connections that have been created is something that I have always been searching for back in my hometown. I am planting my feet firmly on the ground with confidence, knowing that I feel a sense of belonging here in Mukono and grasping the narrative of my family cultural roots. I am constantly exposed to an environment that continues to teach me some of the most essential values and lessons. These values include developing open mindedness and communicating effectively with people from diverse backgrounds, which have become increasingly significant than they ever were before in today’s diversity and culturally aware society.

The two months working with FullSoul with my fellow intern Vinu have been a whirlwind. Adjusting to our new environment has kept us pretty occupied. From getting accustomed to the hot weather and busy streets, trying the local food, and finding our way around health facilities, moving to Mukono with numerous things happening all at once felt like an emotional rollercoaster. 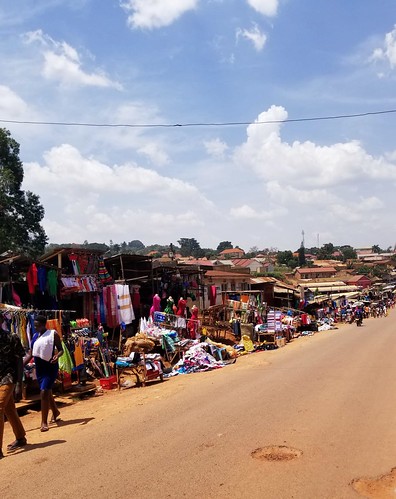 I remember the feeling of shock during my first time walking into FullSoul’s partnered hospitals for introductions. The waiting rooms were crowded with people. The equipment were either old or not functioning properly. Other resources, such as beds and mosquito nets, were scarce since the hospital is low-funded. The fast-pace environment and the surplus of patients and low-staff can give you a sense of panic. Despite the conditions in which they are in, the midwives continue to push through and work with what they have. I continue to witness both patients and midwives greet each other with smiles and friendly conversations from all around the facility. It is evident that this is a part of Ugandan culture, which made me feel at home with my family again. It was encouraging to see how receptive healthcare staff were towards the work that FullSoul is trying to do in providing instruments and improving maternal health. However, I am learning so much more from the midwives and their tremendous efforts to be as efficient as possible to keep mothers and babies safe and healthy. 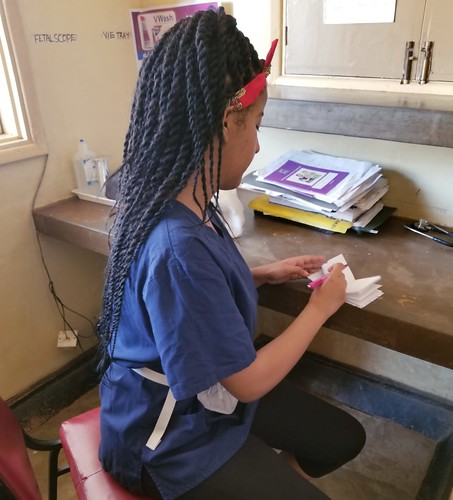 Part of the work that Vinu and I do is conducting a needs assessment in the labour wards to see how instruments in the MMK and other resources are used. This is done through observations. Observation is one of the best ways of learning. It allows you to see exactly how a process is done and understand the technicalities of it. Learning through observation wasn’t easy for me initially. I caught myself deliberating Western practices, which greatly impacted my learning ability. Having discussions with the midwives and letting us into their world as to what they perceive as challenges has opened my mind in ways I never thought it would. For people living in the developed world, it is hard to swallow the truth that solutions to problems may look different in other places around the globe. Due to the lack of resources in hospitals, improvisation is common among midwives. Allowing yourself to take a step back and comprehending the bigger picture to the problem is tough but truly rewarding. I am grateful for the amount of patience from the people I am learning from and to have the opportunity to connect with the midwives while understanding the problems they face when working in the labour ward. Working alongside with them has been an enlightening experience as their resiliency and perseverance is always inspiring. I am growing strong roots in Mukono by making connections here that will last a lifetime and I look forward to what the future has in store.

Previous Post « Working with FullSoul: A Reflection from a Woman of Privilege

Next Post Cultivating A Full Soul: The Role of Empathy in Global Citizenship »