FullSoul and the Co-op Student of the Year & International Co-op Of the Year Awards!

Christina has always been dedicated to her work, whether it was for academics or for widely known institutions and organizations such as St. Michael’s Hospital, Save the Mothers or FullSoul. Thus, it is only fair that she is rewarded for her hard work and determination. As a part of the Health Studies co-op program, she participated in four different co-op placements, first three placements lasting four months, while the final placement lasted eight months long. Throughout these co-op placements, she has shown strong work ethics, commitment and achievements. 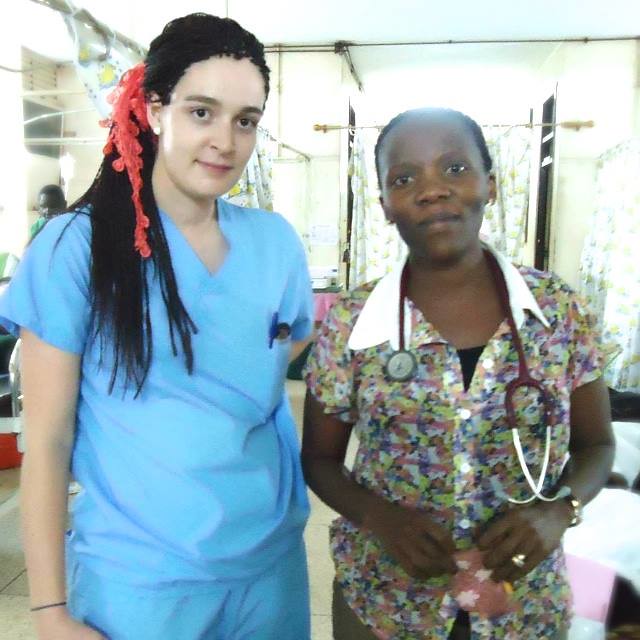 The University of Waterloo is known as “the world’s leader” for its co-operative education program, which consists of six faculties with approximately 31,000 undergraduate students. The program annually hosts a Co-op Student of the Year award and only one student from each of the six faculties have a chance to win this award. Thus, students with exceptional contribution to their work term as well as community involvement and academic excellence are recognized. Soon after completing an outstanding work term at St. Michael’s Hospital as a project manager, Christina was honoured to be the Co-op Student of the Year representing the Applied Health Science Faculty. This marks as one of the early stepping-stones of her career.

“Christina is a fantastic communicator — both for the discouraged midwife in rural East Africa who Christina encourages to continue to help voiceless mothers… to the large crowd of Canadians who have gathered to hear Christina share her experiences. Her dedication to saving the lives of mothers and their babies around the world is inspiring. I’m confident that as she moves through her career, her influence will only grow stronger and deeper.”–Dr. Jean Chamberlain- Executive Director and Founder of Save the Mothers

Another accomplishment was just around the corner while finishing her last year at the University of Waterloo. She began teaching at Ugandan Christian University through Save the Mothers, an organization seeking to improve maternal health in Uganda. While teaching, she was given the opportunity to observe surgical operations in the maternity ward at a nearby hospital. But before she could wrap her head around the idea, she delivered 200 babies in addition to raising maternal health awareness in Uganda.  This ever-changing life experience aspired Christina to co-found FullSoul and as a result, was then selected for the International Student of the Year award from WACE (World Association for Cooperative Education) as well. Amazing accomplishments, and such an honour for FullSoul to be recognized in such a way- we’re excited about the continued momentum of support and excitement surrounding the FullSoul message and cause!

There is a well-known Nelson Mandela quote that reads:

“there is nothing like returning to a place that remains unchanged to find the ways in which you yourself have altered,”. 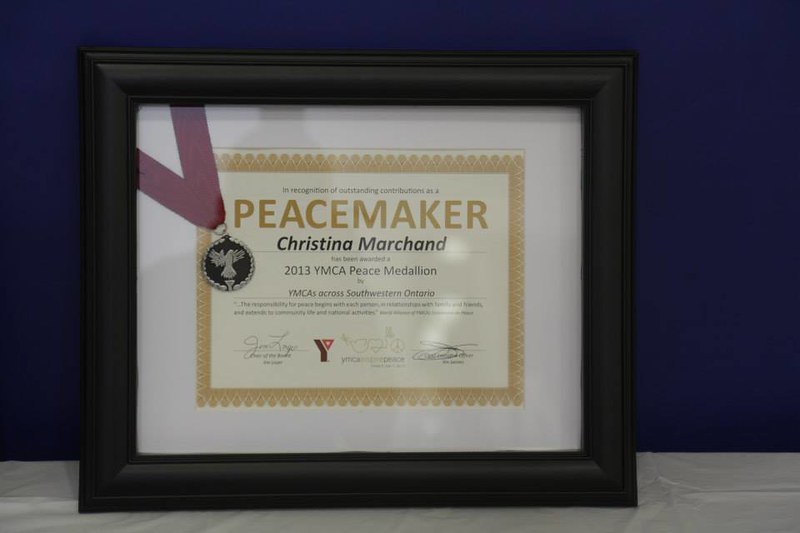 For Christina, there are no better words to better encapsulate what it was like returning to Canada. Nothing was quite the same anymore, not the big things nor the little. Everything was how she remembered it, there hadn’t been intense cultural changes in the four months she was away, but it was also completely different.  The familiar was no longer familiar but it was because she had changed so much, it was as if she was seeing things through an entirely different set of lenses. 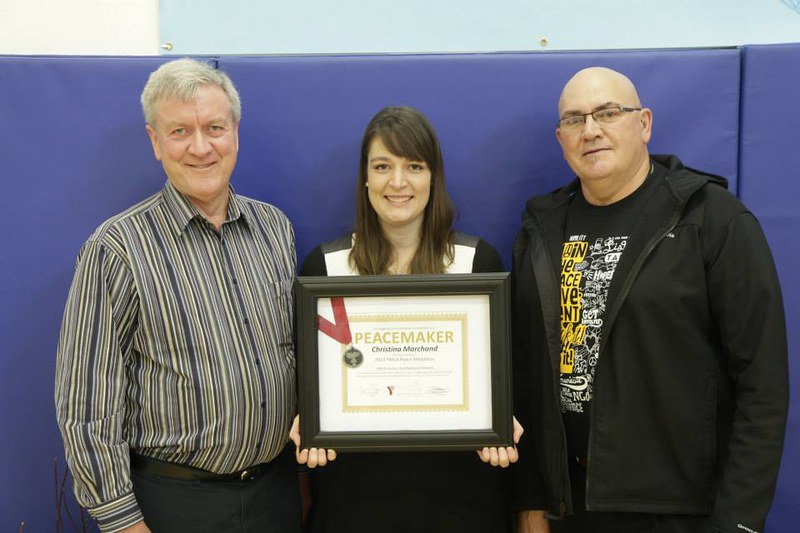 [Pictured: Ken Corlett (left), Christina Hassan (Marchand) and Greg Kett- those who nominated our Christina for this award!]

As time passed she adjusted to these new lenses – they became her new normal. Christina was home for three months when she was invited back to her hometown, where she grew up and went to school, to receive the YMCA Peace Medallion for her experiences in Uganda.

Returning to Chatham, it could have been easy to focus again on the new perspective Mandela described… but instead she found herself reflecting through a different lens. As she met with her family, community members and the people who educated her, Christina realized she was reconnecting with the people who helped her to build the foundation of who she is. These people, together, create the community where she learned how to dream, challenge herself, ask questions and care about the lives of others.

Yes, Christina definitely returned to her hometown a changed person, but in the moments she spent there, she was grateful for all of those who helped her become a person that pursued these experiences that cause such fundamental change. They are her champions of motivation, education and believing in the good of this world. This community… her family… they are the ones who first taught her what it means to live SoulFully.

We at FullSoul are so very excited for Christina to have received this award for all of her amazing work in Uganda and now with FullSoul! Recognition is so important, and we’re honoured to have Christina recognized with such an important award! Continue reading for more on the YMCA Peace Medallion! 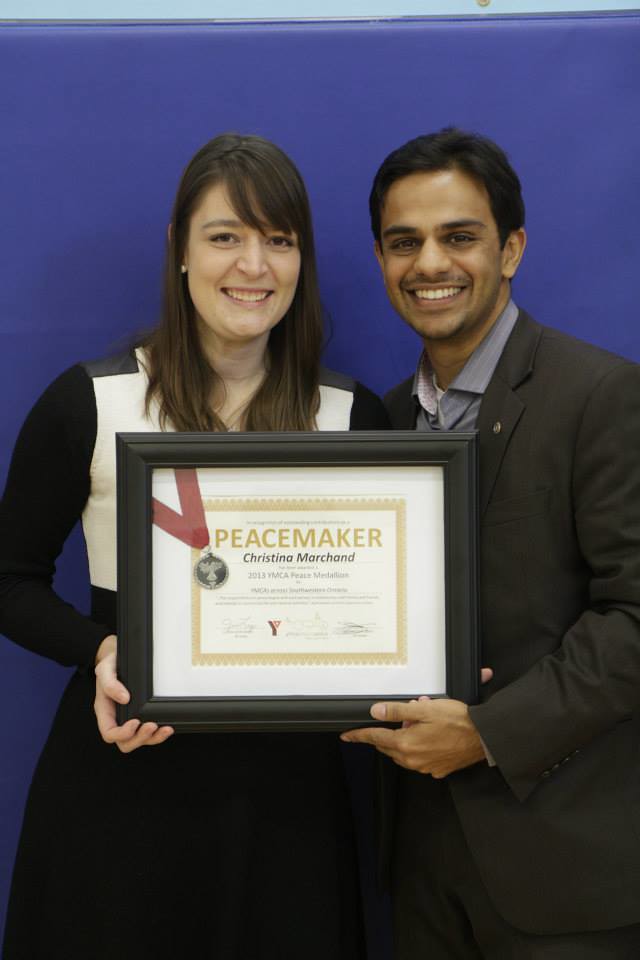